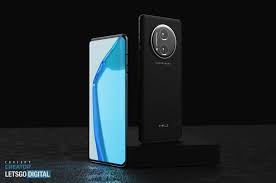 OnePlus, earlier this year, launched the 9 series in India and other markets. The company launched three new devices, namely the OnePlus 9, 9 Pro and an entry-level flagship, the OnePlus 9R. The company has confirmed that there will be no OnePlus 9T or 9T Pro later this year. Rumours on the web claim that the company could instead only launch the OnePlus 9 RT with improved specifications under the hood. While we wait for the official confirmation, details of the next OnePlus flagship have leaked online. According to a new leak, OnePlus will finally introduce periscope zoom on the OnePlus 10 Pro.

OnePlus 10 series could launch earlier next year. Months ahead of the launch, a new tip claims that the OnePlus 10 Pro will get a periscope camera. Tipster Mukul Sharma has uploaded a leak shared by another tipster Panda who claims that the OnePlus 10 Pro will have a periscope lens. This sensor will come with support for 5x optical zoom. The tipster did not share details about the camera sensor or its resolution.

OnePlus would play catch up and if true, the 10 Pro will be its first phone to feature the periscope lens. So far, OnePlus devices have come featured telephoto camera sensors with up to 3x zoom. It could be its partnership with Hasselblad or integration with Oppo that OnePlus will finally offer a periscope zoom camera with 5x zoom.

Oppo has launched a bunch of phones in the past with periscope camera sensors. These include the Find X series and even the upper mid-range/ premium Reno series. Oppo, earlier this year, teased its next-gen periscope camera with an adjustable focal length of 85mm – 135mm. While there is no word on the commercial availability, one can expect the next Find X flagship and even the OnePlus 10 Pro to feature the camera tech.

Other details of the upcoming OnePlus phone remain unknown. The company has, however, confirmed that its next flagship series will come with a unified software developed with Oppo.