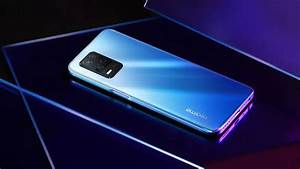 Realme is one of the smartphone brands known for its consistent launches. Moreover, the brand is said to bring a new smartphone called Realme 8s.

We found that the model number of Realme 8s may be RMX3381. Previous leaks are suggesting that it belongs to Realme X9 pro. So there is a lot of confusion around it. In today’s article we are going to clear it with strong proofs.

Why Realme RMX3381 was confused as the Realme X9 Pro?

This model number appeared on the IMEI database on the 16th of June 2021. And the database revealed it to be the name Realme X9 Pro.

Looking at the various reports and online appearances, Bestopedia found that this model number RMX3381 belongs to Realme 8s.

Here are the reasons…

Recently, Madhav Sheth Realme India’s CEO teased the official image of the Realme 8s. The image looks similar to the image on the TENAA listing. Thus, supporting the fact that model number RMX3381 is one and only Realme 8s.

The model number RMX3381 recently appeared on geekbench with Mediatek Soc ARM code-named MT6833V/PNZA and 8GB ram as we know it is Dimensity 810. On the other hand, recently Realme announced that they are launching Realme 8s with Dimensity 810 Soc.

So we think these are enough proofs to confirm(not 100%) that RMX3381 belongs to Realme 8s. What do you think tell us in comment box.