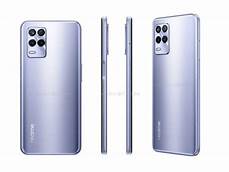 The Realme 8s is speculated to come with a large IPS LCD Screen with a 90Hz refresh rate. The display is likely to offer FHD+ resolution with 2.5D curved tempered glass protection. Moreover, the Realme 8s will be powered by the Dimensity 810 Soc with at least 4GB RAM and 64GB internal storage. In addition, talking about the camera, the Realme 8s may come with a 64MP primary sensor. The smartphone is also expected to come with a high-resolution selfie camera. It has at least a 16MP sensor with support for 1080p video recording capability.

As of now, there is no confirmation about the launch of the Realme 8s in India. However, given the teaser, the company is likely to launch the phones in the second or third week of September.