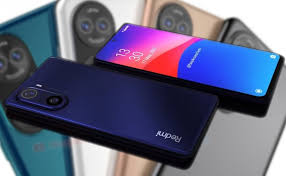 Xiaomi is gearing up for the upcoming Redmi K50 series launch, after the successful launch of its K40 series. However, the launch dates are not out yet. But, the rumors suggest that the company may bring the device this year December in China. After China’s launch, the device may have its international launch under the Xiaomi or Poco branding. Now, there is new leak giving the specifications of Redmi K50 Gaming series.

The company is bringing the Redmi K40’s successor, the upcoming Redmi K50 series. As per the leak, the two upcoming Redmi gaming device will have codename Matisse and Rubens. Talking about the Matisse (L10), the device will arrive with three regional models as per the XiaomiUI.

According to the IMEI listing, the upcoming Redmi device model number will be 21121210C, 21121210I and 21121210G. Moreover, the report further states that this device may arrive as Redmi K50 Gaming / Redmi K50 Gaming Pro in China and the Poco F4 GT in other markets. Furthermore, the. XiaomiUI suggest that the model number will have December launch. However, the device software is still under development. Thus, there is possibility that the device may have delay in its launch. The device may get power from the Dimensity 9000SoC and 120Hz/144Hz OLED display with in-display fingerprint scanner.