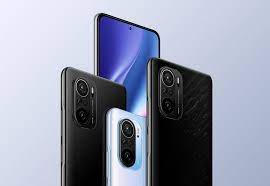 Redmi is bringing its Redmi k50 Pro+ very soon. A rumoured Redmi K50 Pro+ may become one of the first smartphones to feature the upcoming flagship processor by Qualcomm. According to a new post on Weibo, a tipster has claimed to reveal the actual specifications sheet of the Redmi K50+. Moreover, this is expected to be in the making right now. And is tipped to succeed the Redmi K40 generation of phones. Now, new reports on the matter suggest that the Redmi K50 Pro+, which would be the top variant of the Redmi K50 lineup. And would feature Qualcomm Snapdragon 898 SoC – the apparent, upcoming flagship chipset from Qualcomm’s stable that will likely be unveiled at the end of this year.

Redmi K50 Pro+ will likely become one of the first smartphones in the world to feature the upcoming flagship processor. The Redmi K50 Pro+, meanwhile, will likely be positioned as a premium device from the Xiaomi sub-brand. This had previously maintained its position as a value centric player, but has since diversified its overall offering. It had taken a similar strategy with the erstwhile Redmi K40 series. This features a standard Redmi K40, a mid-range Redmi K40 Pro, and a top of the line Redmi K40 Pro+ as well. Moreover, these are closer to the flagship smartphones available today.

As for other features, the K50 Pro+ from Redmi is tipped to feature a 108MP triple rear camera setup. In addition, it may also come with a periscope telephoto lens, and an ultra-wide lens as the third module. It is also expected to feature a 120Hz high refresh rate display. However, it is slowly become the norm in almost every smartphone. In terms of the battery, it may feature a 5,000mAh battery with support for 67W fast charging. It may also come with features such as an optical, under-display fingerprint sensor.