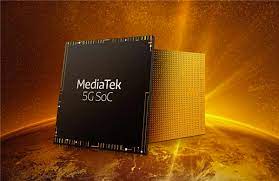 MediaTek has been doing well with its Dimensity series chipsets offering great performance. And also offering 5G connectivity at an affordable price point. The company has done well over the past couple of years in the budget and mid-range segment. Now, the company is eyeing to take on Snapdragon in the premium tire with its upcoming flagship processor, the Dimensity 2000. The initial leaks suggest the SoC will offer a significant boost in terms of performance.

Popular tipster on Weibo, Digital Chat Station has posted some key features of the MediaTek Dimensity 2000 chipset on the platform. The upcoming flagship chipset will be based on a 4nm TSMC fabrication process and a tri-cluster octa-core CPU configuration.

According to Digital Chat Station, the chipset will come with one high-performance Cortex-X2 core clocking at 3GHz followed by three Cortex-A710 and four Cortex-A510 for medium and power-efficient tasks. This will also be MediaTek’s first SoC to feature Cortex-X2 core. While the inclusion of the Cortex-X2 core will certainly boost the CPU performance, the chipset will also get a boost in terms of gaming performance. This would also be the first time the silicon maker will be using Cortex X core CPU. Moreover, as per the tipster, the Dimensity 2000 SoC will feature Arm Mali-G710 MC10 GPU. It is the latest and the top smartphone GPU available right now. This GPU should be more powerful than the Dimensity 1200 and Dimensity 1000 Plus – both paired with the Mali-G77 GPU.