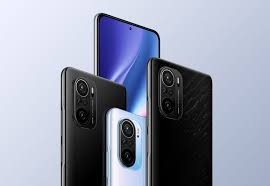 Tipster Abhishek Yadav shares the Twitter post revealing the teaser of the upcoming Redmi K50 series. Moreover, the teaser reveals the key features of the device such as presence of Snapdragon 8 Gen 1. But, the Tipster adds that the series may also have the Dimensity 9000 chipset. Thus, hinting that there may be atleast two Variants of the upcoming Redmi K50 series. In addition, the teaser confirms that the device will get 4700mAh battery with 120W fast charging support. Furthermore, the teaser post also reveals that the device will carry dual VC liquid cooling hinting that two vapour chambers will be there for cooling system.

Now, considering the tipster report there are two Variants of the upcoming device. It will include one model with Snapdragon 8 Gen 1 and other with Dimensity 9000SoC. There is evidence that there is other variants also. But, there may be possibility for the additional variants in this Series.