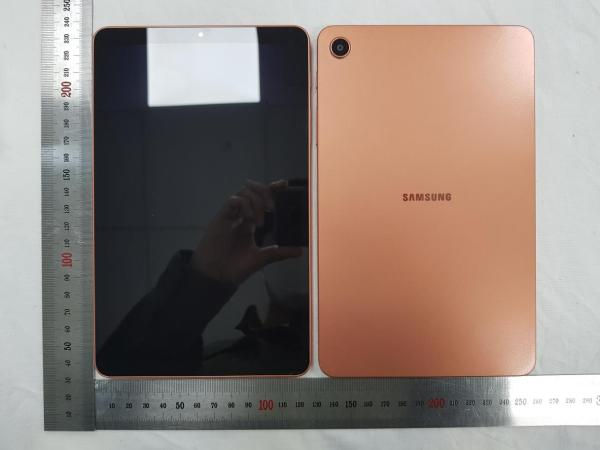 Samsung is ready to bring its new upcoming tablets in the month of February. In addition, there are also rumors that company may launch the upcoming Galaxy Tab S8 series and Galaxy S22 series. However, there is no confirmation regarding the launch details. Meanwhile, there is new upcoming Samsung tablet on the Safety Korea listing revealing the design details. The same device was also on the Geekbench certification with SM-T270 model number hinting that it may be Samsung Galaxy Tab A8 Lite. But, there is no confirmation regarding this device moniker.

Alleged Samsung Galaxy Tab A8 Lite on the SafetyKorea listing

Samsung is likely to launch the upcoming Tablet that may be Samsung galaxy Tab A8 Lite. previously, this upcoming device surfaces on multiple certification websites such as Geekbench listing and others. The Geekbench listing shows that the device arriving will have model number SM-T270. In addition, the listing shows that the device will have single rear camera and have copper brown colour with company’s logo at the back. Moreover, the device screen will have uniform thick bezels with front camera placed above the display screen. However, there is no details out regarding the display details or other specifications details about the upcoming Samsung tablet.

Talking about Geekbench listing, it reveals that the device will get Exynos 850SoC with 8nm process. In addition, the device will carry 3GB RAM and run Android 12 out of the box with OneUI 4.0 on the top. The Geekbench test scores shows that device gets 179 in single core test and 902 in multi core test. Other than this, there is no details regarding this device or about its arrival.