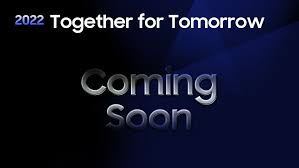 Samsung is now hosting the event for the upcoming Consumer Electronics Show (CES) 2022. This event will be in Las Vegas, USA where the company will unveil its premium smartphone and other devices. Moreover, the company highlights some of its things of the event. But it doesn’t involve any discussion regarding the arrival of the Galaxy S22 series. In addition, there are reports stating that the upcoming Samsung Galaxy S21 FE will feature 6.4 inch Dynamic AMOLED 2X FHD+ display. Along with 120Hz refresh rate. There is centrally aligned drill hole for the front camera with 32MP lens. As per many reports, the device will get power from the same Processor as that of the other S21 series phones. This means it would have Snapdragon 888 in few markets and Exynos 2100 processor in others.

Moreover, the device will also offer upto 8GB RAM and 256 internal storage configuration based on which region and markets. Talking about imaging, the Samsung Galaxy S21 FE will sport triple rear camera setup. The camera involves 12MP primary lens with 12MP Ultrawide lens and an 8MP telephoto sensor. It also involves 3x optical zoom lens. Moving forward, the device have IP68- rating for water and dust resistance. In addition, it runs on the latest version of OneUI interface with Android 12. Furthermore, it also consist 25W fast charging support. However, the battery specs of the device is still unknown. Apart from this device, the company may focus on various other things at the CES event. Thus, to know more, we have to tune in to Samsung’s live stream of CES event on January 4 6:30PM PST (8AM IST on January 5).