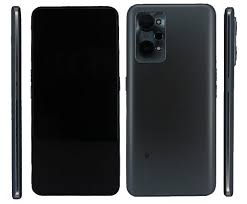 Realme is still working on the another GT series, after introducing to bring the multiple smartphones under GT series lineup. The company is all set to launch the upcoming Realme GT 2 Pro along with other smartphone as it was on TENAA recently. And now, the new GT series device with model number RMX3310 appears on the 3C certification website. The listing confirms the charging speed of the Realme GT series.

Realme is soon going to bring few more devices in this GT series lineup including the Realme GT 2 Pro. Moreover, the Realme device with RMX3310 was on the 3C certification website revealing the charging speed of the device. As per the details, the device will arrive with support for 10V/6.5A charging support that means it has 65W fast charging capacity. Looking at this, it seems that the company is also following the trend of fast charging like all other smartphone vendors. Furthermore, the listing also shows that the device will have 5G network connectivity.

Moreover, the device with same model number was on the TENAA listing revealing few key details. According to the listing, the device will have 6.62-inch FHD+ AMOLED display with 2400×1080. In addition, the upcoming smartphone will get power from the Octa core Snapdragon 888 SoC alongwith 8GB/ 12GB RAM and 128GB/ 256GB storage configuration. Talking about the imaging aspects, the device will come with a 50MP primary lens, a secondary 8MP shooter and a 2MP camera. The device will have 16MP selfie camera snapper. Furthermore, the device will also feature in-display fingerprint scanner and 2440 mAh battery.