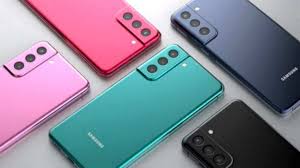 Samsung is delaying the launch of the most talked about Smartphone Samsung Galaxy S21 FE. There were also reports that the phone may get cancelled which later was proven wrong as the device appeared on few certification websites. Moreover, there are many leaks and rumors suggest the specifications details surfacing online. The recent reports suggest that the device will launch but the dates may be shifted to early next year.

Samsung is postponing the Samsung Galaxy S21 FE launch from past few weeks. But now, the recent reports from the Samsung suggest that the device may arrive during the CES 2022 that is in January 2022. Moreover, this Consumer Electronics Show (CES) 2022 is from 5th January to 8th January and venue will be Las Vegas. Considering the report to be correct, the Galaxy S21 FE may arrive in the initial days of the CES. Thus, this report is totally making the 11th January launch rumours wrong.

Moreover, the company always hosted a launch event of its own to launch its device. So it will unusual of the brand to bring its device at CES 2022. However, the company introduces some of its gadgets and appliances at the consumer electronics show. Considering this report, there are also chances that the company may shift the launch timeline of its next premium smartphone series Samsung Galaxy S22.