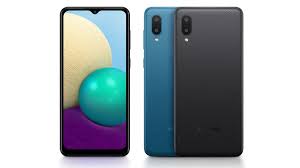 Samsung is all set to release its upcoming new entry Samsung Galaxy A03 very soon. There are reports suggesting that the company will announce this device in India and Russia first and then to the other markets. Moreover, there is a render images of the smartphone giving us idea about the device looks and design.

The south Korean giant tech Samsung is going to announce Samsung Galaxy A03 shortly. There are case renders of the design hinting at the offerings and how it is different from the Galaxy A03s. Moreover, the tipster Sudhanshu Ambhore shares the case renders revealing the design and specifications. The report suggest that the device will be relatively lower than the Galaxy A03s in the market. In addition, the image renders hint that the the front panel will have tear drop notch with noticeable chin. Furthermore, the device helds volume rocker and power key on the right edge. Whereas, the bottom edge will sport microphone, a 3.5mm headphone jack as well as speaker grille.

Moreover, the design render reveal that the device will have square shaped camera module housing triple rear camera with LED flash. There is an another microphone option at teh top of the device. However, it is whether microphone or something else, its still unknown. Talking about specifications, earlier device was on Geekbench that reveals that device will come with Unisoc SC9863A. The processor will get paired with 2GB RAM and 32GB storage configuration along with an microSD option. Furthermore, the device is said to run Android 11 Go Edition out of the box housing 5000mAh battery.