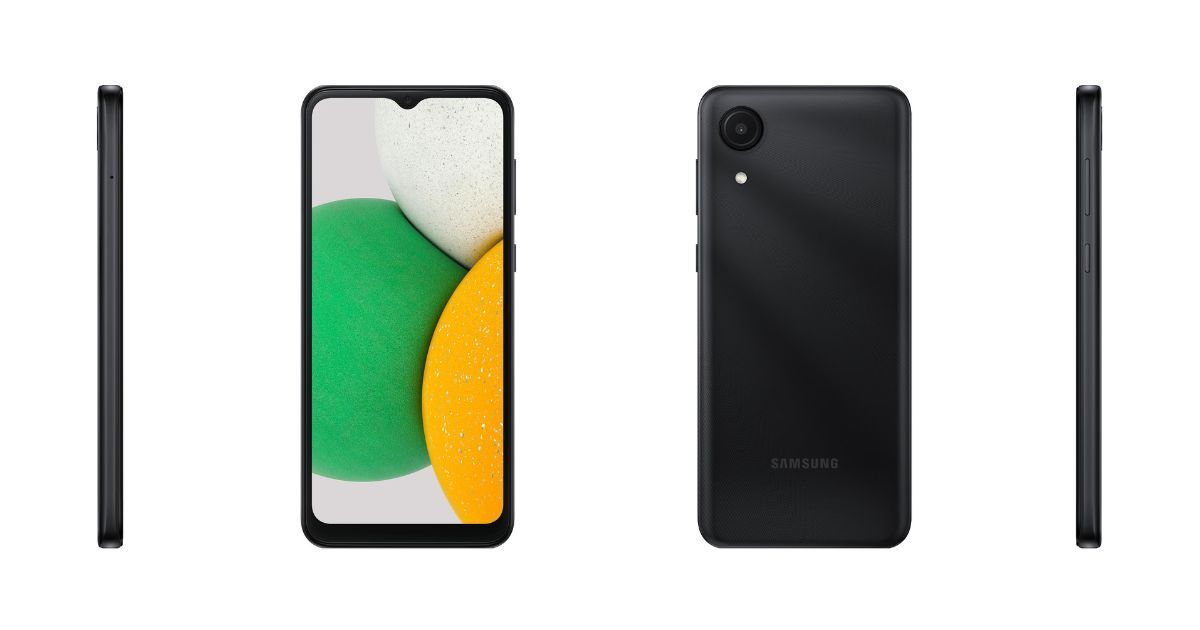 Samsung is working to bring next A series entry-level Smartphone under moniker Samsung Galaxy A04 Core. Moreover, the device is surfacing online via WinFuture revealing the design renders. In addition, the device will be the successor of Galaxy A03 Core that arrived last year. The report reveals the color and design details of the upcoming device. Furthermore, as the device is surfacing online we may expect that the launch could be around the corner.

The company is soon going to introduce the upcoming Samsung Galaxy A04 Core. However, there is no confirmation on the launch dates yet from the company. Moreover, the report from WinFuture reveals the design renders and color options of the upcoming device. As per the report, the upcoming device will arrive in three colours including Black, Mint Green, and Copper. In addition, the rear panel will have matte finish look. However, the design seems to be similar to that of its predecessor Galaxy A03 Core. Thus, it hints that the device will get bezel less display at front with waterdrop notch and huge chin. Furthermore, the device will get single rear camera with LED flash light.