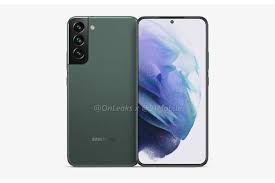 The company will bring the Samsung Galaxy S22 series next year but it’s taking all attention ahead of launch with its rumors and reports. The upcoming Samsung Galaxy S22 Plus is in buzz now as it appears on the Geekbench revealing key specifications. As per the Geekbench report, the device has a model number SM-S906U. In addition, on the Geekbench 5 listing, the device was there with Qualcomm Snapdragon 898 the latest processor. The processor will have four CPU cores clocked at 2.50GHz, and at 3.00GHz.

Moreover, the Geekbench listing reveals that the device will arrive with 8GB RAM. In addition, it will run on Android 12 out of the box. Furthermore, there is recent leaks suggesting that the all three models of Samsung Galaxy S22 series will get power from the Snapdragon 898 in the regions like US, Asia, and Africa. whereas, in the markets of South Korea, and other will get Exynos 2200 variant of this series.