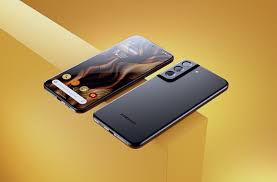 Samsung is going to announce the upcoming Samsung Galaxy S22 series very shortly. Moreover, there is new video leak reveals the Samsung Galaxy S22 series design and specification. The video from the Unbox Therapy channel on YouTube reveals the dummy model of the three variants of the series. However, the video is now not available on this channel. But, we may view it on other channels. As per the Leaked details, the standard and Plus model will have triple camera setup. Whereas, the Samsung galaxy S22 Ultra will resemble mostly like Samsung Galaxy Note 20 with sport Quad camera setup at rear and the S pen slot .

Moreover, there is also leak from the tipster Zaryab Khan revealing the specifications of the Samsung Galaxy S22 Ultra and standard model. The leak suggest that the standard model and Ultra model will have Super Clear Lens. In addition, the latest report suggest that the company may enhance the camera performance. But, the details are unclear about the Super clear lens.