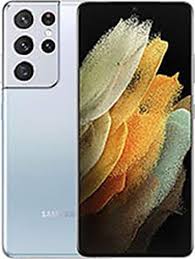 Samsung is gearing up for its next biggest launch that is Galaxy S22 series. This next Generation samsung smartphone Galaxy S22 Series will arrive in February 2022. Moreover, there are many specifications details already on the internet. In addition, the device was also on the multiple certification websites such as 3C certification. The certification reveals that the three smartphones of this series will have 25W fast charging support. In contradiction to that, the recent leak suggest that the high-end variant S22 Ultra will have a 45W fast charging support.

Samsung is launching its latest device Samsung galaxy S22 series next year. Moreover, the tipster Ice Universe leaks the details of the upcoming device. The device will arrive with a 5000mAh battery that is alleged to charge 0% to 70% in 35 minutes. In addition, the earlier reports suggest that the device will feature 6.8-inch 2K AMOLED display with upto 1800nitsbof brightness and refresh rate. Furthermore, the device will get a punch-hole at the centre housing the front camera. The device may run on Android 12 out of the box.

Talking about the imaging specs, the device will arrive with quad camera rear setup that includes 108MP Primary camera. The other camera details are still under wraps. Moreover, the smartphone will be 163.2× 77.9× 8.9mm in dimension. In addition, the report suggest that the high end device S32 Ultra will get power from the Snapdragon 898 SoC. The processor will be coupled with 8GB/12GB RAM alongwith 256/512GB internal storage configuration. Lastly, the device will arrive in White, Black and Dark Red colour options.