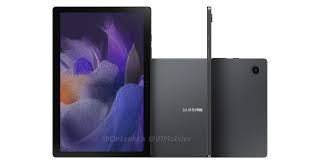 The company is soon going to launch the Samsung Galaxy Tab A8 in coming weeks. The device appeared on multiple certification websites such as Geekbench and now on the WiFi Alliance. Moreover, the WiFi Alliance certification website reveals the model number and the charging details. As per the listing, the device will have a model number SM-X205. In addition, the listing suggest that the device will support 2.4GHz and 5GHz WiFi bands.

Moreover, the device earlier was on Geekbench listing revealing few key details. The listing shows that the device will have a UniSoc T618 chipset coupled with 3GB RAM. In addition, the device will run Android 11 based on OneUI 3.0 skin. However, the details are already know via numerous leaks. But company has not disclosed the launch dates yet. But we may expect the company will launch the device in late this month or early next month.