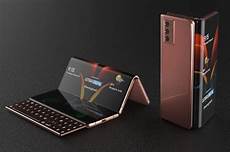 Samsung company hints about the launch of upcoming Samsung devices via Twitter post. The company is going to launch Samsung Galaxy Z Fold 3 and Galaxy Z Flip 3 on 20th August. Moreover, the Twitter post reveals that the brand is collaborating with Bollywood actor Alia Bhatt for the launch of this next-generation foldable device. However, the brand has not revealed the launch dates directly. But the reply on Alia Bhatt’s post hints at the launch dates. The post reads that ‘ A special delivery coming your way on 20th August Unfold and pick your Foldables’. Moreover, the Galaxy Z Fold 3 and Galaxy Z Flip 3 have also been listed on Flipkart and Amazon micro pages. It confirms that these two Samsung’s upcoming will be available on both e-commerce platforms.

The brand has already launched these two phones globally on the 11th of August alongside the Galaxy watch 4 series and Galaxy Buds 2. But, it’s still unclear whether the company will launch the Galaxy watch 4 and Buds 2 on 20th August in India.

The specifications are already out, as it is globally launched. The Galaxy Z Fold 3 will have a 6.3-inch external AMOLED display with a 7.6-inch internal display. Both the displays will offer HD+ and QXGA+ resolutions and can be folded horizontally. Talking about Galaxy Flip 3, this can be folded vertically and features a 6.7-inch FHD+ AMOLED panel. Moreover, the device will have a dual-tone back panel with a 1.9-inch sAMOLED display.