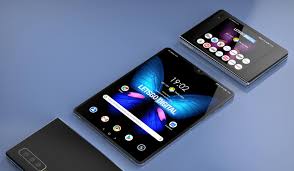 Samsung is gearing up to bring its next upcoming foldable flagship device the Galaxy Z Fold 4. Moreover, the device may launch in the August 2022 launch event. In addition, there is new report suggesting the key details of the upcoming smartphone. As per The Elec report, the upcoming Foldable smartphone will have S Pen with it. However, the predecessor Galaxy Z Fold 3 has also the smart stylus. But, there was no place to hold the S pen,thus users needed to attach the pen from outside. So, the introduction of built in S pen will now resolve the issue of previous Samsung Galaxy Z Fold 3.

Moreover, the report states some key details of the device. As per the reports, the device will arrive with similar 6.7-inch foldable display like it’s predecessor. In addition, the upcoming device will have 1.9-inch cover screen which is somewhat larger than the previous Galaxy Flip 3. Other than this, there is no details about the upcoming foldable device.