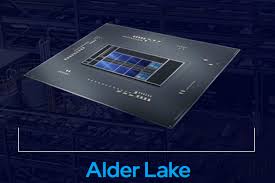 Intel in this January CES 2022 event, introduced the 12th Gen Alder Lake mobile processor. And has an aim to excel the AMD in laptop chip market with its 45W H-series for gaming laptops. Along with 28W P-series for premium thin and light ultrabooks and 15W U-series for users to have single charge full day backup feature. Moreover, as for now, the company is bringing only H-series processor that present in Lenovo Legion 5i and 5i Pro 2022. Alongwith, the Asus Tianxuan 3 gaming laptops are also available with same processor in China. Now, in the recent development, the latest Alder Lake Intel 12th Gen Intel core mobile processor for its Ultra Book appears on Geekbench 5 listing. In addition, the listing suggest that the device model with codename LENOVO 4810RD0100 is featuring an Intel core i7 1280P Alder Lake processor. Furthermore, the processor will have 32GB LPDDR5 2593MHz RAM support.

Moreover, the listing reveals that the device scores 1784 points in single core test and 9790 in multi-core test. Thus, this Processor gave outstanding performance even more than Core i9-11980HK in gaming laptops. Talking about Intel core i7 1280 chipset, it will have 14 cores and 20 threads. In addition, out of 14, the 6 cores will have P-core for heavy work, and 8 E-cores for light work. Furthermore, the processor will have 24MB of L3 cache,and 96EUs of Intel Iris XE graphic. In addition, the processor run on 28W of base power that may maximize out up to 64W on turbo.