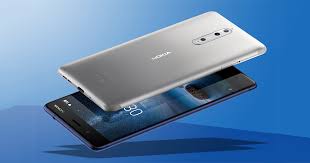 Nokia managed by HMD always surprises their users with new Smartphones in the market segment frequently. However, the company has not provided any products lately. And now, there is report suggesting that the company is working on the premium smartphone that could make its debut in market anytime. Moreover, this upcoming smartphone passes multiple certification websites such as FCC, and the US regulatory database.

The company is gearing up to launch the new smartphone as it baggs the multiple certification websites. Moreover, the report suggest that the company will bring six variants with different model numbers as per the FCC database. As per the listing, the devices will have model number TA-1418, TA-1404, TA-1412, TA-1415, TA-1405, and TA-1401. In addition, there are clear specifications of two variants on TA-1404 and TA-1412 out of all six variants. According to the FCC listing, the upcoming device is said to have triple camera rear setup that will carry three sensors with vertical arrangement. The camera sensors will be in the rectangular camera module. Furthermore, the same design was on the device with model number Nokia N1530DL.