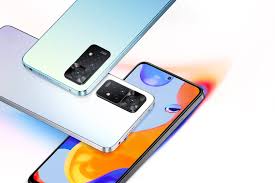 Redmi has series of smartphones lineup which will soon make entry in market very soon. Moreover, other than Redmi K50 series, Redmi Note 11E Pro and Redmi 10A, there is yet another smartphone that may debut in China this year. Thus, there is latest report suggesting that the upcoming device Redmi 22041219C will arrive soon as it hits the 3C certification website of China. In addition, as per the XiaomiUI previous report the model number 22041219C will have Redmi branding instead of Xiaomi.

The company is working on different smartphone that may enter in the smartphone market of China first and later in other markets. Moreover, the upcoming Redmi 22041219C appears on the 3C certification website hinting at its imminent launch. However, there is official confirmation on the launch of the device yet. But, listing gave somewhat idea about the device. As per listing, the device will be among affordable smartphone line-up. In addition, the device will have 22.5W charging support. Other than this, there is no further details regarding this device in India.

Moreover, the company will introduce other smartphones too in China that includes Redmi K50 serie. The series will have Redmi K50 with model number 22021211RC and Redmi K50 Pro with model number 220411211AC. In addition, these devices was on 3C certification website with 67W fast charging support. Furthermore, as per report, the devices will arrive with Dimensity 8000 and Snapdragon 870 processor chipset.