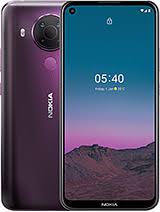 HMD Global Nokia is working consistently to introduce smartphones with latest Android 12 OS. Moreover, the company is thus, gearing to launch the upcoming Nokia 5.4 which is arriving with Android 12 Operating system. In addition, the upcoming Nokia 5.4 appears on Geekbench certification hinting at its imminent launch. The listing reveals that the device will score 309 in single core test and 1331 in multi core test. Furthermore, the introduction of Android 12 will bring out many changes in the device. Thus, from the UI changes, colors, shapes to the lights, and notion everything will have better experience.

Moreover, the latest Android 12 is much better than previous one as it offers more expressive, innovative and dynamic platform. In addition, this Operating system has one design language under name Material You that unites both software and hardware system. There are different other features too that includes fluid motion, better security architecture, animation and redesign system spaces.