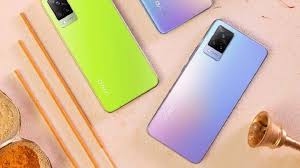 Moreover, the report suggest that the device will have a 50MP primary camera at a front and a 8 MP ultra wide camera. In addition, the rear panel of S12 Pro will feature a triple rear camera setup that will include a 108MP primary camera, 8MP Ultrawide, and a 2MP sensor. Talking about the battery, there is not much details. But, the device will have 44W fast charging support. Furthermore, the Vivo S12 Pro will be available on retail in China for CNY 3,000 that is around Rs 35,300.