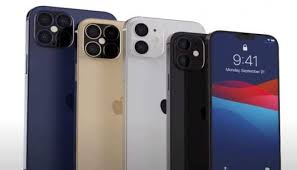 Apple is now all set to bring the iPhone 14 series most probably in early next year. Moreover, the new report suggest that the new Pro models will offer triple rear camera setup that might have 48MP wide lens. Alongwith, it will have 12MP Ultrawide and a telephoto lens. In addition, the TF International Securities analyst Ming Chi Kuo claimed back in April, that iPhone 14 may have 8K video recording support. However, the reports from MacRumors are new and has not been shared by any of the officials. The report suggest that the iPhone 14 will not only have the major camera upgrades, but also come with up to 8GB RAM rather than 6GB RAM.

Moreover, Talking about specifications, as per the analyst the device will arrive with 64GB internal storage fir base model. In addition, the PU says that the device will sport 120Hz refresh rate, whereas there is confusion as the another report claims the presence of 60Hz for base model and120Hz for Pro model.