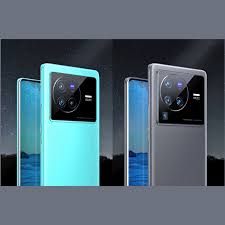 Vivo is working to launch the Vivo X80 series from past few months in China. And, now company finally schedules to introduce the series in China on April 25. The series will include Vivo X80 and Vivo X80 Pro. Moreover, the company already confirms the key details of the upcoming series. And now, in the latest development, there is another confirmation on the camera setup of the upcoming Vivo X80 series. The company confirms that the series will have Sony IMX866 primary camera sensor. In addition, there is new custom sensor with So y that has an RGBW filter enabling to capture more light. Furthermore, the new sensor optimizes to have Vivo custom developed V1+ ISP.

However, the company has not confirmed the report yet. But, the company confirms that the series will arrive with gimbal stabilization. In addition, the camera of Vivo X80 series will have Zeiss T* anti-reflective coating. Moreover, the Vivo X80 Pro will feature Quad rear camera setup. Whereas, the standard Vivo X80 will arrive with triple rear camera setup.