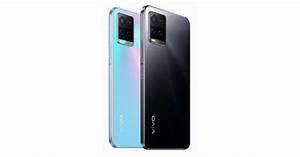 Vivo is going to launch its new smartphone Vivo Y33s in India on 23rd August this year. For few weeks there were many leaks giving specifications and key features of this phone. But, now we have confirmed specifications details along with the pricing. According to retail sources, the smartphone is releasing on 23rd August in India via offline stores. The device will also release in Online stores as the phone is already on the Amazon listings.

The amazing listing reveals that the Vivo Y33s in India will be available at Rs 17,990 for the 128GB and 8GB RAM variants. However, these details are taken down from the Amazon listing.

Talking about the specs details, the Vivo Y33s will feature a 6.58-inch Halo FullView display with FHD+ resolution, 90.6 percent screen-to-body ratio, and a blue light filter. Moreover, it will be powered by the 12nm Octa-Core MediaTek Helio G80 chipset. And will come with 8GB RAM and 4GB virtual RAM. It also includes 128GB internal storage with support for microSD cards up to 1TB Capacity. The new device will also feature a side-mounted fingerprint sensor and run Funtouch OS 11.1 based on Android 11.

In addition, talking about Camera specs, the Vivo Y33s has 50MP back camera with a 2MP bokeh sensor and 2MP macro lens. The triple rear camera will offer features like Super Night mode, ultra-stable video, Super HDR, and Eye Autofocus. Furthermore, it will house a 5000mAh battery with support of 18W charging.