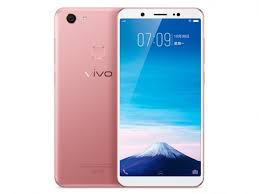 The upcoming Vivo Y75 5G appears on the Indonesia Telecom database reveals the model number V2142. Moreover, the multiple certification websites such as the Indonesia certification as well as the BIS certification listing, doesnot reveal any details about the device. In addition, the device was also on the Geekbench database revealing some key specifications. The upcoming Vivo Y75 will get octa core MediaTek Dimensity 700 processor that fabricated on a 7nm chipset. Furthermore, the Dimensity 700 will equip with Mali G57 GPU. However, there are multiple devices that powers the same processor such as the Poco M3 Pro, Realme 8 5G, Samsung Galaxy S22 5G.

The Vivo Y75 5G confirms to have 8GB RAM. However, the company may launch various other memory variants along with 8GB RAM. The upcoming device will arrive with pre-installed Android 12. But, as usual the company will have Funtouch OS. This is what we have for the device for now. But we may expect that the device will feature AMOLED display and house 5000mAh battery and 18W fast charging.