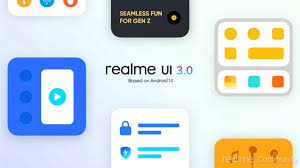 Realme is always working to keep updates on its new and old smartphones with the latest software upgrades. Now, the company announces the latest Realme UI 3.0 early access for the Realme 8 Pro. The users will now be very happy to know that company is ready to test their Android 12 on their Realme 8 Pro devices. Moreover, the company expects to get the feedback on this new step from their users in order to expand their stable version. In addition, the company recently announced the Realme UI 3.0 for its latest Realme GT Neo 2.

Realme is now giving the early access to the Realme 8 Pro users for the new update Realme UI 3.0. The report suggest that the application for the early access will start on December 17. In addition, the company says that there is very limited entries and users will be added in batches. There is guide rule on how the users will get this new Realme UI 3.0 on their Realme 8 Pro. Moreover, the users has to make sure that their phone is atleast 60% charge. Secondly, it is important that the users device should be running on latest stable version of Realme UI RMX3081_11.C.09. Additionally, to get the update, the user have to go in software update in their phone settings. Then, tap on the settings icon in the top right corner. Lastly, tap on the apply now of the trial version, submit the details, and finish the quiz.

Moreover, as there is trial version of latest Android, there is risk that the company may not optimize the Android 12 in well manner. Thus, there may be chances that they might crash or may have unpredictable impact on the device in daily use. However, if any of such thing happens, the old Realme UI 2.0 version with Android 11 will be reinstalled.