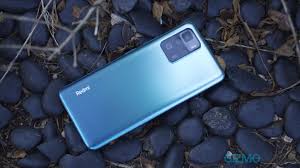 Xiaomi is working on the next smartphone under moniker Redmi K50 Pro and the device appears on the Geekbench certification website. After Xiaomi 12 series, the company is now prepping up to have another flagship smartphone. However, there is no details on the Geekbench listing about the moniker.But, as per earlier reports, the device may be alleged Redmi K50 Pro. Moreover, Bestopedia found the device the on the Geekbench certification listing reveals its key details and upcoming offerings. There is no details regarding the launch date of the upcoming device on this listing.

The company is working consistently to bring new smartphones regularly and thus on process to release the next Xiaomi device. The alleged Redmi K50 Pro with model number 21121210C appears on the Geekbench certification listing hinting that launch could be around the corner. Moreover, the listing reveals few key details about the device with revealation of its model number. However the C in the model number 21121210C hints that it could be the Chines variant that will arrive in China first. In addition, the listing reveals that the device will get power from the latest Snapdragon 8 Gen 1 processor with 12GB RAM support.