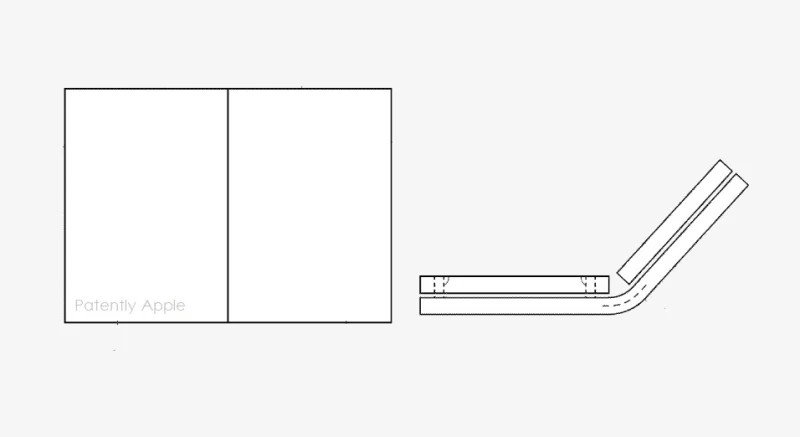 Apple is also coming in the race of launching foldable phones after Huawei, Samsung and other companies. Moreover, the company has now approval for patent for dual foldable device from the United States patent and Trademark office. In addition, the patent is about the future device with foldable display which will be like iPad-like and Notebook like products. The patent shows that the future device will have joint operating mode where the image will splits into two and presents data with one large image.

As per the patent report, the device will have joint operating mode, images extending across displays. In addition, it will have speakers that will play different channels of audio track. Alongwith camera and sensors in different devices with Cooperation with each other. Moreover, the reports from the Cupertino-based tech powerhouse suggest that the design closely resembles the Microsoft’s surface Neo. It will be double as a notebook device. Furthermore, the patent shows that multiple devices and displays can be together in an expanded system. In addition, the pairing device may have a combination of sensor and other thing to detect when an edge of a first device is adjacent to an edge of a second electronic devices.

Moreover, the devices may also have transition from an independent operating mode as the adjacency is set between the edges. However, the each device may operate separately to joint operating mode. The device will also have magnetic components that will secure the devices in multiple orientations. Furthermore, there also be a magnetic components will be there for greater grip as it comprises of beveled housing edges. However, there is no details about the launch dates regarding the upcoming device.