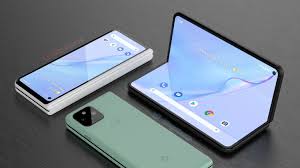 Google is working on its next pixel series smartphone that would be Pixel Foldable smartphone. Moreover, there was reports earlier that the company would launch this device last year in US. But, now the report suggest that the device will arrive in H2 this year. In addition, there are new leaks suggesting that the key specifications of the upcoming pixel device. And the latest leak is from the analyst Ross Young reveals the display size of the foldable device. Furthermore, the tipster reveals that the company’s foldable device will get smaller cover display as compared to Samsung Galaxy Z Fold 4. However, approximately the foldable display will be same in both devices.