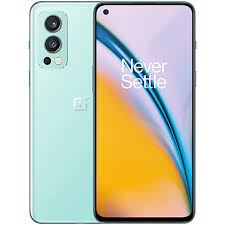 OnePlus is working to bring upcoming OnePlus Nord 2T very soon. Moreover, the device is already surfacing online from past few months. However, there is no official confirmation regarding the launch dates of the device. In addition, the device was previously on multiple certification websites including NBTC, TDRA, GCF, and other listings. Additionally, the device specifications and live images were also surfacing online few weeks back. And now, in the latest development, there is new report from Digital Chat station revealing some information on the upcoming device. The tipster shares renders of device sharing multiple colours and other details of the device.

The company is gearing up to bring the upcoming OnePlus Nord 2T very soon as the device is giving its frequent appearances. Moreover, the Chinese tipster Digital Chat station shares images of upcoming OnePlus device. The device will be available in two color options Black and Green. However, the tipster did not revealed the name of the device. But, the images were hinting that it is Oneplus Nord 2T. Furthermore, the images reveals the camera at the rear side. The camera module will house triple rear camera setup where one camera is at top and other two lenses are below.

Moreover, looking at this new image, we belive that the older images were prototype, as there is no 100% resemblance in both images. In addition, the tipster also suggest that the device will be first device to arrive with MediaTek Dimensity 1300 processor.