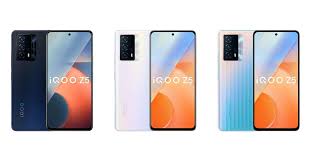 iQOO is gearing up to introduce its new Z series smartphone series in China. The company is bringing iQOO Z5x on October 20th this year. Moreover, there are many specifications already hanging online making users more curious. Ahead of launch, Weibo leaked the key specifications of the device few days back. In addition, the device was also on the Google Play Console listing, 3C certification , and TENAA. In the lastest development, the company releases a teaser revealing the details device is going to offer.

The teaser release suggest that the device will offer a 120Hz refresh rate with 240Hz touch sampling rate. Moreover, the teaser also claims that the phone will arrive with five liquid cooling system layer aiding the thermal management. In addition, the device will include a WiFi 6 connectivity support with a 50MPdual camera setup.

Considering the past leaks, the device is said to feature a 6.58inch TFT display. Moreover, the upcoming iQOO Z5x will get power from an Octa-core Dimensity 900 5G SoC. The processor is coupled with 6GB RAM and 128GB internal storage configuration. In addition, the device will run Android 11 out of the box with OriginOS on the top. Talking about the teaser, it also reveals the details about the camera offerings. The device will have an dual rear camera setup including an 50MP sensor with a 2MP depth sensor. In addition, the earlier reports suggest of the presence of 8MP selfie camera sensor.