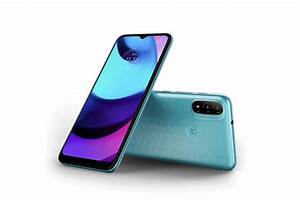 Motorola is consistent in its work to launch E series budget-friendly smartphones. The company is gearing up to launch the Moto E40 smartphone very soon. This upcoming smartphone was seen on various certification websites hinting at its imminent launch. Moreover, the brand is also working on another device Moto E30 expecting to launch it soon too. The device appears on Geekbench 5 certification websites. The listing reveals few key details of Moto E30.

Motorola is gearing up to launch its next budget smartphone Moto E30. This phone appears on the Geekbench listing hinting at the imminent launch. Moreover, the listing reveals some of the key details of this device. As per the listing, the smartphone has the codename Cyprus.

The other details of this upcoming Moto E30 remain unknown for now. However, we know that this is a budget smartphone, thus we may expect it has a 4000 or 5000mAh battery. Moreover, the device could feature a water-drop notch display with a dual-camera setup on the back. This is merely speculation thus it’s better to wait until the official announcements come. Motorola is also going to launch its budget E-series smartphone E20 very soon.