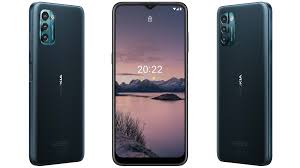 Nokia is working to bring the next G series Smartphone in India under moniker Nokia G21. Moreover, the device is already surfacing online revealing few details ahead of the launch. In the recent development, there is short video leak on Instagram revealing the design renders of the upcoming of Nokia G21. In addition, the design renders reveals the details such as camera module, back panel, color and finish.

The company is soon planning to bring the upcoming Nokia G21 in India. However, the launch details are not officially out yet. But, as the device is frequently surfacing online, we may expect the sooner launch. Moreover, the report from Roland Quandt reveals the new images of the device on its Twitter handle alongwith a Instagram video. The video shows the design of the rear and the front panel of the device hinting that it is quite different from its predecessor Nokia G20. In addition, the device replaces the circular camera module with the rectangular camera module. The camera setup will have one less sensor than that of the Nokia G20. Reddy, the device was on the Geekbench certification listing hinting at its imminent launch. Furthermore, the device renders reveals that the power button is on left and right side will have volume rocker. And, the fingerprint scanner is out from the frame making space beneath them. Moreover, the device will replace the stripes finish with the arcing ridges running from one shoulder of the device from other.