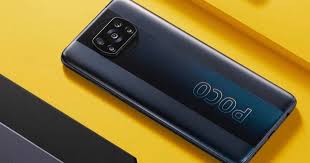 Poco is prepping up to bring the upcoming Poco X4 series lineup that includes the Poco X4, Poco X4 Pro, Poco X4 NFC, and Poco X4 GT. However, there is official confirmation on the arrival of the device. Moreover, the upcoming Indian variant of the POCO X4 5G appears on the Geekbench certification website with the model number 2201116PI. In addition, the device was earlier on the NBTC certification website d BIS listing. Thus, hinting that the launch might be around the corners.

The company is heading towards the launch of upcoming Poco X4 5G that will be the successor of the POCO X3 in India. Moreover, the device appears on the Geekbench certification listing revealing the key features. The device on the listing scores 688 points in single core test and 2052 in multi core test. In addition, the listing reveals that the device will be the rebranded version of the upcoming Redmi Note 11 Pro arrived Globally. Furthermore, the device will get power from the Octa-core Qualcomm Snapdragon 695 processor and come alongwith 6GB RAM. The device will run Android 11 OS out of the box.

Moreover, the front of display will have punch hole cutout housing selfie camera. In addition, the device will get up to 8GB RAM and up to 128GB internal storage configuration. However, the storage configuration will be expandable up to 1TB via microSD slot. Furthermore, the device will have triple rear camera setup. It includes 108MP primary sensor with 8MP Ultrawide lens and 2MP macro sensor.