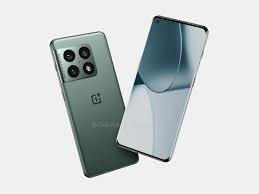 OnePlus is now all set to launch the most talked about OnePlus 10 series smartphone very soon. Moreover, there are various leaks suggesting that the device will debut in Chinese market either in January or February proceeded by global launch next year April. In addition, there are various renders and key details surfacing online. In the latest development, the Digital Chat station reveals key specifications of the upcoming OnePlus 10 Pro.

OnePlus 10 series will be the next offering from the company that may arrive in early next year. There were various rumors of the speculations and details about the upcoming device. One of them were that the device will arrive with 125W fast charging support. But, now as per the latest report from the Digital Chat station, the upcoming OnePlus 10 Pro will not support 125W, instead it will have 80W wired fast charging. This fast charging capacity is the fastest charging capacity from the company making the device more wanted. Moreover, the report suggest the presence of 50W wireless fast charging same as that of previous device OnePlus 9 pro. In addition, the report confirms that the upcoming OnePlus 10 series will feature 6.7 inch curved LTPO AMOLED display with 120Hz refresh rate. The device will get power from the Snapdragon 8 Gen 1 processor which is the largest offerings from the Qualcomm. Furthermore, the device will have Android 12 support with colorOS layer on the top.

The other reports suggest that the device will arrive with up to 12GB LPDDR5 RAM and up to 256GB UFS 3.1 Storage configuration. In addition, the upcoming smartphone will house 5000mAh battery along with IP68 rating for water resistance.