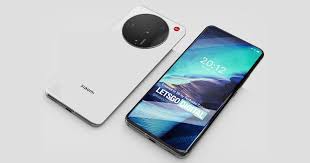 Xiaomi is gearing up to launch the latest Xiaomi 12 series very soon. The rumors suggest that the company will introduce on December 28. Moreover, there are various reports and rumors about the device surfacing online. Now, in the latest development, the fresh leak arrives about the standard Xiaomi 12 model with courtesy of OnLeaks and Zouton suggesting the design renders.

The company is going to unveil the Xiaomi 12 series in December, later this month. Moreover, there is also design renders surfacing online before the launch. This design renders was of the standard model of the upcoming Xiaomi 12. The device will have triple rear camera setup housed in large circular cutout. In addition, below the cutouts, there are two tiny ones and the LED Flash. This module will be slightly raised over the rear panel. However, the official imaging details is still under wraps. But, there are rumors suggesting that the company will bring device with 50MP primary camera. Other camera sensors are unknown.