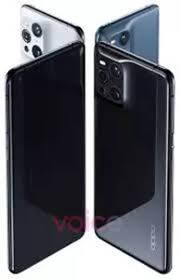 The processor company introduced MediaTek Dimensity 9000SoC this year November. In addition, the company claims that this new processor will be available in the flagship Smartphones arriving in near future. Moreover, the company also confirms that the they will collaborate with a bunch of smartphone OEMs. There are reports that it’s flagship chipset will be used in various smartphones such as Oppo, Vivo, Xiaomi,and Honor. There are additional informations suggesting the Oppo may bring this Processor in upcoming Oppo Find X4.

As per the latest report from the Chinese technology news portal ITHome, the Dimensity 9000SoC will arrive first in the Oppo Find X4. Moreover, the device will confirm its launch in first quarter 2022, at the Oppo Inno Day 2021. The company reveals its first neural processing unit (NPU), called MariSilicon X, will be launching in Oppo Find X4. Now, ITHome suggest that the vanilla variant of the device will feature the Dimensity 9000SoC. Whereas the X4 Pro variant will get power from the Snapdragon 8 Gen 1 processor.