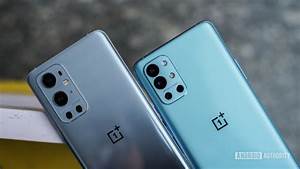 OnePlus is all set to launch its new smartphone OnePlus 9RT. There is a leak suggesting that the phone may arrive on October 15th. Moreover, the leakster Steve Hemmerstoffer aka OnLeaks tipped the OnePlus 9RT launch date. This reiterates last month’s report claiming that the phone will launch in October. In addition, as per previous reports, OnePlus might not roll out ‘T’ versions of the OnePlus 9 and OnePlus 9 Pro in 2021. This hints that the OnePlus 9RT could be the last major phone from the brand this year.

As per the previous reports and recent leaks, the OnePlus may launch its upcoming OnePlus 9RT on 15th October. Moreover, there are various leaks suggesting some key hardware and specs of this new upcoming device. The OnePlus 9RT may feature the 6.55-inch 120Hz Samsung E3 S-AMOLED display. In addition, the device will have boosted version of the Snapdragon 870 from Qualcomm. Talking about optics, the device could bring a 50MP Sony IMX766 main camera with 16MP ultra-wide and a 2MP B&W lens.

Furthermore, the smartphone will house a 4500mAh battery with 65W wrap charge support. The Snapdragon 870 chipset will be coupled with 8GB or 12GB of LPDDR4X RAM and up to 256GB of UFS 3.1 storage. Moreover, the OnePlus 9RT will be protected with Corning Gorilla Glass 5 at the front and a frosted Gorilla Glass at the back. In addition, the device will have an in-display fingerprint sensor, dual speakers, and X-axis linear motor. The device will get OxygenOS 12 pre-installed. The OnePlus 9RT price may start at CNY 2999 that is around Rs 34000 for 8GB+ 128GB variant.