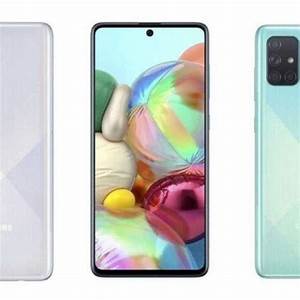 Samsung officially teases the launch of the Samsung Galaxy M52 5G in India. Moreover, a banner spotted on Amazon India confirms the arrival of a new M-series phone. The handset shown in the poster suggests that the company will announce the Galaxy M52Samsung Galaxy M52 5G render reveals Pinstripe design; may come with 120Hz refresh rate in India very soon. However, the Galaxy M52 will be replacing Galaxy M51 launched earlier this year. The reports reveal that the device will have a 120Hz refresh rate. In addition, the devices are likely to be the company’s second phone after Galaxy A52s to have a Snapdragon 778G processor.

Samsung Galaxy M52 launch to be soon in India

Samsung may launch the Galaxy M52 5G smartphone in India very soon as the poster is now on Amazon India. As per the poster, Samsung’s upcoming M-series phone has a textured back panel. Moreover, the device features a rectangular camera module housing a triple camera unit. In addition, there were recent leak renders of the Galaxy M52 shared by the tipster snoopy.

Moreover, the Galaxy M52 features a center-punch hole cutout display. Apart from black, they will also come in blue and white color options. Since its launch has been teased on Amazon India, the South Korean company is likely to announce it in the next few days. The device will feature a 6.7-inch AMOLED FHD+ display with a 120Hz refresh rate. In addition, the phone will get power from Snapdragon 778G with 8GB RAM and 128GB storage. It may house a 5000mAh battery with 15W or 25W fast charging support.