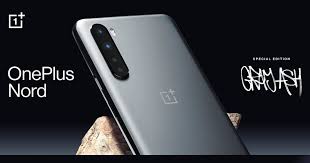 OnePlus is among such giant tech companies that is working consistently to bring new offerings for users. Not only new devices, but the company is also upgrading their previous bringings with new system updates. Previously, the company brought the November Android security patch updates for its various models. And now, the company is rolling out the new Android update for OnePlus Nord in India, Europe, and North America. In addition, the new update will have Android 11 alongwith firmware version OxygenOS 11.1.7.7. The company via OnePlus community forum makes this announcement making Nord users excited.

OnePlus brings the OxygenOS 11.1.7.7 update in its OnePlus Nord smartphones. The update will come with November 2021 security patches improving the system stability. Moreover, the new update will also fix the call forwarding failure issues which the users were facing earlier. This OTA updates is of 376 MB in size. In addition, the company announces this new update details via company’s community forum. As per the post, the new update will roll out with firmware version 11.1.7.7. AC01DA for Nord uses in the country. And 11.1.7.7. AC01BA in Europe and North America markets.

Moreover, the company confirms that the update will arrive incrementally that means in batches. Thus, few sections of users will get the update at start and then the large sections will get after few days. In addition, the OnePlus Nord is also eligible to receive Android 12 based OxygenOS update. But the timeline and the details are still underwraps.