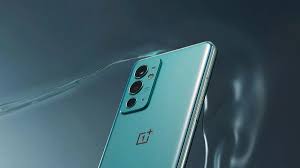 OnePlus is soon going to release its OnePlus 9RT series in India. However, the upcoming OnePlus 9RT will arrive in India with moniker OnePlus RT as per the recent reports. Moreover, the tipster Mukul Sharma found the device on the Google Play Console and Google supported Device list. Now, the fresh leak arrived from the Mukul Sharma that the device may launch with the new name and is present on the Amazon India page. The tipster shares the screenshot of an Amazon India advertising the OnePlus RT.

The device, however, is not on the retailers listing, hinting that the device may be on online. Moreover,the device appearance on the Amazon ad indicates that it may launch in India shortly. We may expect that Amazon will soon have the landing page for the upcoming OnePlus RT. In addition, it is speculated that the device may arrive in India by the end of November or in early December. Other than this, the company will also unveil the OnePlus Bud Z2 TWS earbuds alongwith the Upcoming smartphone.

To recall the specifications, the upcoming OnePlus RT will have a 6.62 inch AMOLED FHD+ display with 120Hz refresh rate. Moreover, the device will get power from the Snapdragon 888 processor along with 12GB of LPDDR5 RAM and 256GB UFS3.1 storage. In addition, it will house 4500mAh battery with Wrap charge 65T. Apart from this, the device will run Android 12 based on OxygenOS 12. The device will have triple rear camera setup with 50MP primary camera, a 16MP Ultrawide shooter and a 2MP macro camera. Additionally, it will have 16MP front facing camera.