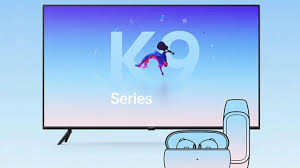 Oppo is now prepping up to launch a new smart TV in India shortly. The company is among the leading companies that offer the mid range, budget and premium smartphones. Moreover, the company is now entering the Smart TV lineup by bringing the Smart TV in Q1 of 2022. In addition, the other smartphones companies such as OnePlus, Xiaomi and Realme are also offering the smart TVs in the country. There are reports surfacing about the upcoming Oppo Smart TV in India

Oppo is going to bring the company’s first Smart TV in India very soon. The report from 91Mobiles shares the news that the company is about to unveil its first smart TV in India. However, the company has already launched the range of smart TV in China. The launch date in India is still unknown. But, the report suggest that the device will arrive most probably in Q1 2022 that is around the February and March 2022. Moreover, the the company has not officially revealed any details about the device in India. But, we may expect the details to come soon. The leaked details do not reveal any model number or moniker about this upcoming Smart TV. In addition, the company may bring the K9 series that arrived in China recently. This K9 series has the three variants that brings 60Hz LCD display with HDR10+ certification and HLG support. Furthermore, the device will have a Quad-core MediaTek processor and colorOS TV 2.0 OS.

There are reports suggesting that the company will manufacture the upcoming smart TV itself in India asthe import from China is ban in the country. Talking about market bars, as for now Xiaomi is the leading the TV market with 23% of share while Samsung shares 17%, LG with 11% and the Sony has 9%.