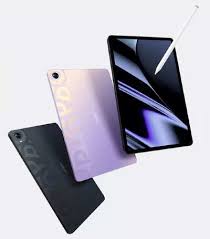 Oppo is also joining the trend like other leading companies to bring its Android tablet looking at the craze of tablets among the users. Moreover, after Realme, Vivo, Nokia and Moto, the other companies like Oppo, OnePlus are also working to bring Android tablets. In addition, the company brought its first tablet in China on February 24 under moniker Oppo Pad. And now, gearing up to launch the Android tablet Oppo Pad in India soon. Furthermore, the tipster Mukul Sharma reveals the launch timeline of the device in India alongwith it’s pricing details. Additionally, tipster also hints the arrival of Oppo Reno 8 series device.

The company previously brought the Oppo Pad in China few months back. And, it seems like the company will now introduce the device in India by the end of June 2022 or may be in early July. Moreover, the tipster reveals that the Oppo Pad will arrive in India with price range between Rs 25,000 and Rs 30,000. Recalling the China launch price, the Oppo Pad was available at price of CNY 2,299 that is around Rs 27,500. Furthermore, the tipster also suggest that the company may also launch Oppo Reno 8 series at the same time in India alongwith Oppo Pad.

Moreover, talking about specifications, the Oppo Pad features 11-inch IPS LCD display with 120Hz refresh rate and 2560×1600 pixel resolution. In addition, the display will have HDR10 support with 10-bit color. The tablet comes along with Oppo stylus. Furthermore, the device gets power from Snapdragon 870 SoC with 8GB RAM and 256GB internal storage configuration.