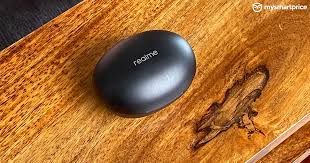 Realme launches the Realme 9 Pro series in India today. And, the company also has lineup of several other devices to launch such as Realme C35, Realme C31, Realme Narzo 50, and Realme GT 2 series in the country. Moreover, other than smartphones, the company is also working on Realme Buds Air3 and Realme Watch S100 that may arrive in upcoming weeks. In addition to that, the brand is also planning to bring the TWS earbuds in country under moniker Realme Buds N100. Now, in the recent development, there is latest report with courtesy of Mukul Sharma suggesting the Colour options and launch timeline of the upcoming Realme Buds N100.

The company is gearing up to bring yet another Realme TWS Earbuds i.e Buds N100 in India. Moreover, as per the listing the device will be available in Black and Grey color variants. In addition, the report suggest about launch timeline that the device may arrive in the month of March in the country. Other than this, there is no details about the upcoming Realme N100 at the moment. But, we may expect more details to arrive soon as the launch date appears near.