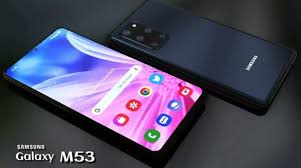 Samsung is all set to launch a bunch of A series smartphone in this upcoming launch event on March 17. There are reports suggesting that the company will introduce the upcoming Samsung Galaxy A53 5G and Samsung galaxy A73 5G in this launch event. Moreover, apart from A series, there are talkings that the company will soon bring the upcoming Samsung Galaxy M53 5G. However, there is no words on the launch dates from the company. But, there are reports that the device is under works. In addition, the reports hints that the device is rebranded version of the Galaxy A53 for some regions. Now, in the recent development, the new leak from The pixel.vn’s YouTube video reveals the specifications details of Samsung Galaxy M53 5G.

The company is working on its new smartphone under M series with Moniker Samsung galaxy M53 5G. This device will be successor of Previous device Samsung Galaxy M52 5G that has succesful business in smartphone market. Moreover, there leaks revealing the details of the upcoming device. The upcoming smartphone will feature 6.7-inch S-AMOLED FHD+ display with 120Hz refresh rate. In addition, the display of the device will have Central punch hole similar to its predecessor Galaxy M52. The upcoming device will get power from the Dimensity 900 also on the Geekbench certification website.

Furthermore, the device may arrive with two storage configuration in Vietnam. These include 8GB RAM+ 128GB internal storage and 8GB RAM+ 256GB internal storage configuration. In addition, the device will house 5000mAh battery with 25W fast charging support. Talking about pricings,the upcoming device will have price range between $450 and $480 for standard model.