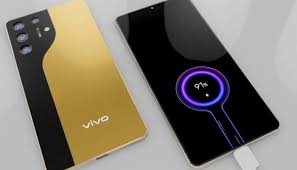 Vivo is prepping up to bring its upcoming Vivo V23 series in India shortly. The device is also making appearances on multiple certification including Geekbench website, Google Play Console, and many more. Moreover, the Geekbench certification reveals the presence of MediaTek Dimensity 1200SoC and a 8GB RAM. In addition, the Google Play Console reveals the front design of the upcoming Vivo V23. The company is bringing the device with Android 12 out of the box. Furthermore, the new report from Digit suggest that the device will arrive in January 2022. The report also suggest that the device will feature the slimmest 3D curve display.

Moreover, the upcoming Vivo V23 Pro will feature a changeable Fluorite Glass design means the device will have real panel that can change its colour. The device once exposed to Sunlight and UV light will change its display color. In addition, the device will arrive with FHD+ AMOLED display with 120Hz refresh rate.