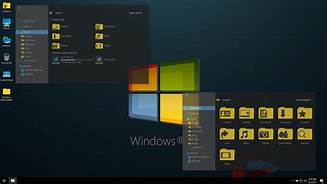 Microsoft, earlier his year unveils Windows 11. The new Windows operating system update arrives with a bunch of new features and security upgrades. Moreover, it also gets a visual overhaul. At the time, Microsoft did not announce the Windows 11 release date. The company over time did reveal that the update will release in October. In addition, Windows 11 has a release date finally. The Redmond-based US tech giant confirms that the new Windows update will release on October 5 worldwide.

Microsft announces the Windows 11 will release on October 5. The new operating system update will roll out in a phased manner. The company confirms that new devices are eligible for the update will get it first. Then, followed by making it available for existing eligible PCs and laptops. Moreover, Microsoft also expects all eligible devices to offer the free upgrade to windows 11 by mid-2022. Thus, Windows 10 PCs are also eligible for the upgrade, and Windows update will let you know when it’s available. The users may check to see if Windows 11 is ready for their device by going to Settings> Windows Update and select Check for updates.

The new Windows update brings the Start menu to the center of the screen. Thus, users easily find whatever they are looking for. Other than this, Microsoft is also bringing the new Snap Layout Snap groups, and Desktops to provide a more powerful multitasking experience. Moreover, Microsoft says that these new features are designed to help users optimize the screen real estate so that users can have a visually clean layout. Users can also create separate Desktops based on their needs.